Everyone knows about Spindletop, the 1901 oil discovery that changed the world and thrust Texas into the big-time petroleum business. A few people know that in 1895 the city fathers of Corsicana hired an experienced Kansas drilling outfit to increase the town’s much-needed 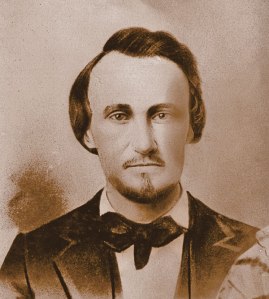 water supply. To the chagrin of the politicians, they discovered oil instead and quickly abandoned the well. The story of Tol Barret, who brought in Texas’ first oil well in 1866, slipped under the radar. 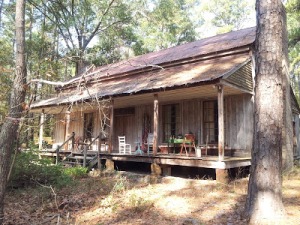 Texas oilmen are known for strutting about in cowboy boots and living a lavish lifestyle, but Tol Barret doesn’t fit that mold. Even his home located five miles south of Nacogdoches on a pine tree plantation fails to meet the grand standards of the Texas wildcatters.

Barret arrived as a child in deep East Texas and grew up aware that oil seeped into water wells, that hogs wallowing on creek beds got slimy with oil, and he probably knew that a water well in a nearby county caught fire in 1848 and burned for a year—all signs to the self-educated young man that contrary to the opinion of “experts,” oil lay in those pine tree covered hills.

Geologists expected to find oil only on the east coast, and they were proven correct in 1859 when Northwest Pennsylvania produced the first well in the United States. Undeterred Barret leased a tract of land that same year, but lack of equipment and the Civil War interrupted his plan.

After serving in the Confederate Army, Barret came home, formed the Melrose Petroleum Oil Company with four other men, and renewed his lease. Mounting an auger that was eight feet long and eight inches in diameter on a tripod, he used a steam engine for drilling and a mule to pull the auger out of the hole. In that primitive fashion, he bored to 106 feet, where, in early fall of 1866 he struck oil. The first Texas oil well produced ten barrels a day.

Auger fastened to a pipe and rotated by a steam-driven cogwheel — the basic principle of rotary drilling.
Am. Oil & Gas Hist. Soc.

Barret rushed to Pennsylvania to secure financing and hired an experienced operator to begin the second well. Barret’s luck began to run out. Oil prices plummeted from $6.59 to $1.35 a barrel, the well didn’t come in as expected at eighty feet, and the driller shut down and headed home.

Meantime, Barret’s home burned and his in-laws gave him a house where he and his wife raised eleven children. Broke and unable to convince Pennsylvania oil operators of the merits of Texas petroleum, Barret gave up. He spent the remainder of his life managing his wife’s farms and a mercantile store in Melrose.

He lived until 1913, long enough to see that he had been correct. An oil boom hit the field in 1887 where Barret had drilled, and the granddaddy of them all, Spindletop, gushed in 1901. Texas, indeed, became the oil capital of the world.

9 thoughts on “The First Oil Well in Texas”