In 1844, Samuel Addison White saw an opportunity to make some money and develop his barren piece of property that jutted into the waters between Matagorda and Lavaca bays––a protected area along the Central Texas coast. Prince Karl of Solms Braunfels, an aristocratic emissary representing a group of German noblemen, had shown up on the shell beach where White had built his small house. Prince Karl was desperate. He had been sent to Texas by noblemen who had created a grand scheme to make a fortune by shipping thousands of farmers, craftsmen, and intellectuals to cheap land in Texas.

When Prince Karl reached Galveston in July 1844 and discovered that the 9,000 acres his noblemen friends had purchased was unsuitable for settlement, he was overwhelmed by the sudden arrival of a shipload of colonists. He needed a port for disembarkation and a route that offered easy passage into western Texas where he hoped to settle the Germans. White agreed to allow the immigrants to occupy the beach near his home until the prince could make arrangements for their trek inland. 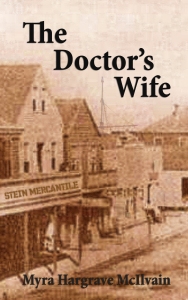 Prince Karl and White were stunned in late November and December as four more brigs carrying 439 immigrants sailed into Matagorda Bay. Each family had paid the Adelsverein (society of nobility) $240 for transportation to Texas, for 120 acres, and for the necessities until they could bring in their first harvest. Instead, they huddled on the wet gravel shore with only rainwater to drink and no trees for constructing protection from the howling winds of a Texas “norther.”

Prince Karl had secured the services of the Rev. Louis Ervendberg, a German Protestant minister, who conducted Christmas services and offered communion. The group continued their traditional Christmas observances with a small tree—either an oak or a cedar—and the children sang carols. Soon after the New Year, Prince Karl secured fifteen ox-drawn wagons and fifteen two-wheeled carts for the journey into Texas. He rushed ahead searching for a suitable site for a settlement. He found a tract near the fork of the Guadalupe River and the short, spring-fed Comal River that offered excellent waterpower.

The weary settlers arrived at their new home on March 21, 1845, one week after the Prince made the purchase. Despite their disappointment with the Adelsverein and the failure to secure their promised acreage, they named the site New Braunfels in honor of Prince Karl’s home. In less than a month the aristocratic prince abandoned the colony, even before his replacement had arrived.

Meantime, not all the Germans trusted Prince Karl enough to follow him on the inland search for a new settlement. Johann Schwartz (Swartz) and his family were among those who chose to stay at Indian Point. Schwartz purchased property from Samuel Addison White three miles down the bay and built a home on the site that would become the center of the future port city of Indianola.

Neither Prince Karl’s abandonment, nor the Adelsverein’s failure to adequately fund their grand scheme slowed the shipment of more unsuspecting colonists to Texas. Between the fall of 1845 and the following spring, thirty-six ships brought 5,247 men, women, and children to the shore at Indian Point. In the beginning, constant rain made travel impossible and wagons could not reach the coast. Then, the impending war with Mexico over Texas’ annexation to the United States led to the U.S. military troops confiscating all the means of transportation to haul their supplies to the Rio Grande.

Upon hearing from the Adelsverein that more colonists were heading to Texas, Prince Karl’s replacement, Baron Johann Ottfried von Meusebach (who had the good sense to change his name to John before he reached Texas) had tents constructed along the beach for the new arrivals. As the extreme cold of that winter set in, people began dying of respiratory diseases.

The tragedy served as a vehicle to create a community. Dr. Joseph Martin Reuss, who arrived on one of the first ships, began his medical practice by caring for the sick and dying. He also opened an apothecary where he prescribed free medicines. When Heinrich (Henry) Huck, a young German who had settled in New Orleans in 1844, heard about the suffering of those stranded on the Texas coast, he quickly loaded a schooner with lumber and medicine and sailed for Indian Point. Huck opened a lumberyard, helped Dr. Reuss distribute the free medicine, and gave lumber to families for constructing coffins. Henry Runge open the area’s first bank in a tent.

As the summer heat of 1846 descended on the encampment, a steady flow of new arrivals poured in. Rain offered the only supply of drinking water. Sanitation facilities––trenches dug in the gravelly soil––proved inadequate, and a plague of mosquitoes, green stinging flies, and house flies descended on the community. Cholera, typhoid, and cerebro-spinal meningitis swept through the camp. Frau Reuss, Frau Huck, Mrs. White, and some of the other women prepared broth for the sick and cared for children whose mothers were ill.

The number of dead reached such proportions that victims were wrapped in blankets and buried in mass graves. No one knows how many perished; the estimates range from 400 to over 1,200. Many people panicked and began walking to the inland colonies, spreading diseases as they moved along the route. Over 200 died along the way.

Samuel Addison White platted a new town on his land in 1846 and began selling lots to the German families that decided to remain on the coast and begin their new life at Indian Point—a choice that would give them the prosperity and freedom they had imagined when they listened to the false promises of the Adelsverein.

Within three years, the German village developed into the thriving port of Indianola. The wealth that came from the commerce on the high seas created a seaport that eventually rivaled Galveston. Then fortune changed, and the seas sent a fierce storm and tidal wave in 1875 that crippled the port city. Nine years later, a massive hurricane ripped down the buildings and a downtown fire destroyed the business center edging the port. Indianola was reduced to a ghost town.

I have written two historical fictions that trace the development and eventual demise of Indianola. The Doctor’s Wife chronicles the heartache, betrayal, and business success of German immigrants who play a leading role in the rise of Indian Point from the struggling tent community to the port for U.S. military destined for posts as far west as El Paso. As shipping increases and wharves extend along the beach, commercial interests change the village name to Indianola and welcome hundreds of freight wagons and carretas from the mines in Chihuahua, Mexico, loaded with silver for the mint in New Orleans. Indianola hosts 49ers headed to California and the International Boundary Commission that negotiates the border between the United State and Mexico. By 1853, the German enclave is a cosmopolitan entry-point for people from around the world.

Stein House opens in 1853 as a German widow and her children arrive in the bustling port city of Indianola and face the cruelties of slavery and yellow fever and the wrenching choices of Civil War and Reconstruction. While the Indianola seaport reaches commercial levels that rival Galveston, the family and the characters who board at the Stein House struggle with the threats of weather, murder, alcoholism, and finally the devastation wrought by the hurricane of 1886.

6 thoughts on “Immigrants Create a Seaport”