In 1892 when Adelaida and Macario Cuellar left their impoverished home in Mexico, crossed the Rio Grande, and were married in Laredo, they had dreams of working hard and finding

Adelaida “Mama” Cuellar in early 1890s with the first of her 12 children.

success. They did not imagine that their family would eventually head a multi-million dollar food business.

The Cuellars spoke very little English and worked on farms in South Texas as they moved north, eventually settling as sharecroppers on a farm outside Kaufman, a town southeast of Dallas. By 1926 Macario worked as a ranch foreman at Star Brand Ranch and the family had grown to twelve children.  In an effort to add to the family income, Mama Cuellar as Adelaida had become known, set up a stand at the Kaufmann County Fair to sell her homemade chili and tamales, while her five sons, known as Mama’s Boys, played guitars.  She not only won a prize for her cooking, she sold out.  The tamale stand made $300, the family claims that was more than Macario Cuellar made in a year.  Thus began the family’s tradition of using Mama Cuellar’s famous recipes and hard work to find success.

Two of her sons soon opened a Mexican restaurant in Kaufman with Mama Cuellar doing the cooking, but the Great Depression forced them to close after a couple of years.  Over the next few years her five sons tried unsuccessfully to operate restaurants in several East Texas towns, until 1940 when sons Macario and Gilbert, using Mama Cuellar’s recipes, opened El Charro in the Oak Lawn neighborhood of Dallas. As the restaurant became more profitable, all five sons pooled their resources and expanded to other locations under El Chico Corporation.

In 1961 Angus G. Wynne, Jr. owner of the Star Brand Ranch that had employed Macario Cuellar, planned to open an amusement park in Arlington to be called “Six Flags Over Texas.”  Wynne wanted to serve food representing all the cultures in Texas and he invited the Cuellars to open a restaurant in the Mexico section of the park.  El Chico proved so popular that it ran out of food and even paper plates and cups.

By the time Mama Cuellar died in 1969, El Chico had expanded into twenty different businesses from canning to restaurant franchising. Over the years the business went public and then returned to the family’s hands several times, each time at considerable profit.  Many of the El Chico employees, realizing the growing popularity of Mexican food, opened their own Mexican restaurants.  Some are white tablecloth and fine dining establishments, while others serve Mexican seafood, and some cater to the post-college boomer crowd.

In 1971 Mariano Martinez, one of Mama Cuellar’s grandsons who owned Mariono’s in Dallas’ Old Town, hit on the idea of refitting a soft-serve ice cream machine to serve frozen margaritas.  His invention, which revolutionized the restaurant and bar industry, is on display in the Smithsonian National Museum of American History in Washington, D.C..

Today the tiny Mexican immigrant’s dream of using hard work to be successful has expanded into almost a hundred El Chico restaurants in Texas and the surrounding states and twenty-seven El Chico Restaurant franchises. 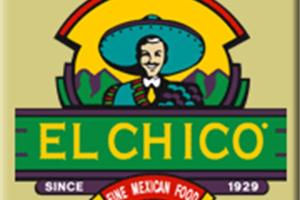