In March 1941 the United States and Great Britain established a secret operation to train Royal Air Force (RAF) pilots in six civilian U.S. aviation schools.  The plan was instituted in order to locate the RAF pilots out of danger of constant aerial attacks during their training and the scheme remained a secret because of the neutrality laws in the United States.

Terrell, a town of 10,000 just thirty miles east of Dallas became the first and largest British Flying Training School.  Local residents were so delighted to take part in this patriotic mission by allowing the pilots to train at a field used by a small flying club that Terrell’s town council offered to install all the facilities at no cost.  The first fifty future pilots were flown to Canada where they were decommissioned by the RAF, given a six-month U.S. visitors visa, and outfitted in civilian clothing.  From Canada they were flown to Terrell where they were welcomed with open arms.  Their training began on August 11 and as each group completed the two-year program, which was compressed into about twenty weeks, more students joined the school until it reached a capacity of 200.

One account says the pilots had some difficulty understanding “Texas talk.”  For instance, when they visited in local homes, which they did often, the residents upon departure kept saying,  “Ya’ll come back,” which resulted in the young men turning on their heels and returning immediately.  After some explaining, the pilots understood that no one meant for them to return that instant.  The expression was a welcome for future visits.  Many of the Brits had not learned to drive a car or been in an airplane before they arrived in Texas to learn to fly and they knew nothing about Texas.  They wore wool clothing, which they quickly abandoned.  They expected cowboys and Indians and were surprised to discover ordinary folks.

After the attack on Pearl Harbor on December 7, 1941, and the United States entry into World War II, the training was no longer kept secret.   The student pilots, who were finally able to wear their blue RAF uniforms, continued training, and  were joined at the flying school by American Aviation Cadets.   Every few weeks as each class completed the course, the pilots returned to Great Britain ready to take part in the war.  By August 1945 when the program ended, more than 2,000 cadets had earned their wings and many life-long friendships had been established with the residents of Terrell.

More than one third of the graduates were killed in combat.  Twenty died during the training exercises and Terrell residents, who adopted the young men as their own sons, buried them in the Oakland Memorial Park Cemetery, which is maintained by the Terrell War Relief Society.  Terrell’s No. 1 British Flying Training School Museum , the largest of its kind in the United States, keeps alive this little known chapter of World War II history.  The museum collection includes logbooks, training materials, WWII memorabilia, and uniforms.   Tom Killebrew’s book, The Royal Air Force in Texas: Training British Pilots in Terrell during World War II, shares the history of the Terrell Aviation School. 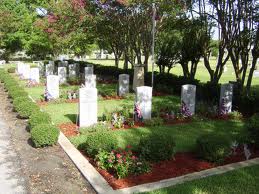 2 thoughts on “The Royal Air Force Trains in Texas”